The CPU-162-22 is a rugged COM Express module designed to deliver intense computation while meeting the requirements for industrial and rugged fanless applications. 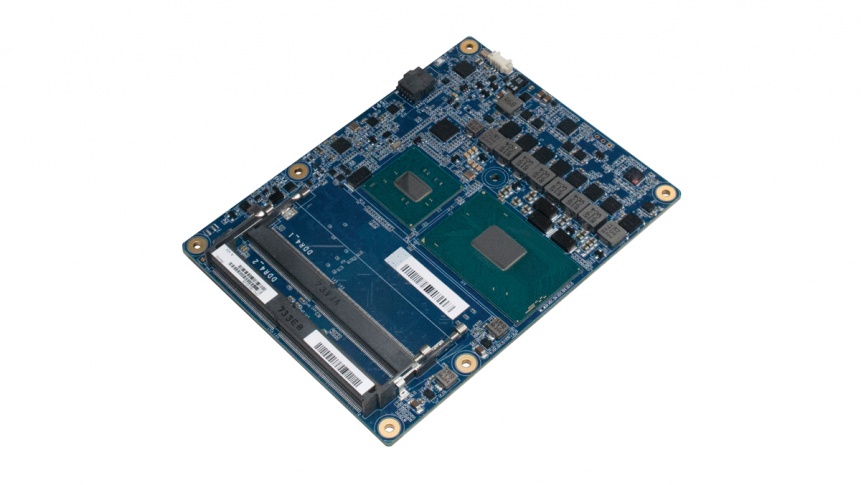 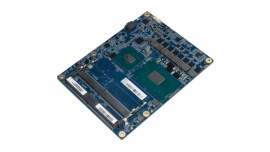 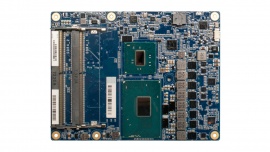 The CPU-162-22 is a rugged COM Express module designed to deliver intense computation while meeting the requirements for industrial and rugged fanless applications.
Compliant with PICMG COM Express R2.1, Type 6, the CPU-162-22 is a 95x125mm (Basic) form factor module based on the 6th Generation Intel Core processor family (i7, i5, i3 and Celeron), up to four cores and up to 32GB SO-DIMM RAM.
Other features include high speed interfaces: one Gbit Ethernet, four SATA 3.0 with RAID support, four USB 3.0 and eight USB 2.0, eight and sixteen PCIe Gen 3 lanes, and three independent video ports (LVDS, VGA and DDI supporting up to 4096x2304@60Hz).
The CPU-162-22 is a solid building block for projects where reliability in harsh conditions is mandatory, and long term availability is a must, thanks to an operating temperature of -40 to +85°C, support for RAID 0/1/5/10, optional conformal coating and long term support/lifecycle programs.
Supported operating systems include Windows 10 IoT Enterprise and Linux; moreover, the CPU-162-22 supports Everyware Software Framework (ESF), a commercial, enterprise-ready edition of Eclipse Kura, the open source Java/ OSGi middleware for IoT gateways.
Distributed and supported by Eurotech, ESF adds advanced security, diagnostics, provisioning, remote access and full integration with Everyware Cloud (EC), Eurotech IoT Integration Platform (separately available).
Professional Services are available for the CPU-162-22, starting from BIOS personalization and including carrier board design, system development and production. Deep module customization, such as feature changes are also available.