Those challenged to speak can move into the mainstream with the DynaVox Xpress™, the world’s first comprehensive mobile augmentative communication device.

DynaVox Mayer-Johnson, the world's leading provider of augmentative and alternative communication (AAC) products and services, offers complete solutions for individuals with speech and learning challenges. Their speech-generating devices help those living with conditions such as stroke, autism, ALS, brain injury, cerebral palsy,Down Syndrome or apraxia. These devices allow individuals with speech and learning challenges to make meaningful connections with the world around them. The Xpress, DynaVox’s revolutionary battery powered handheld device, lets those with speech challenges take DynaVox technology with them, into the broader society. Powerful communication functionality, small size and sleek design make mainstreaming possible. 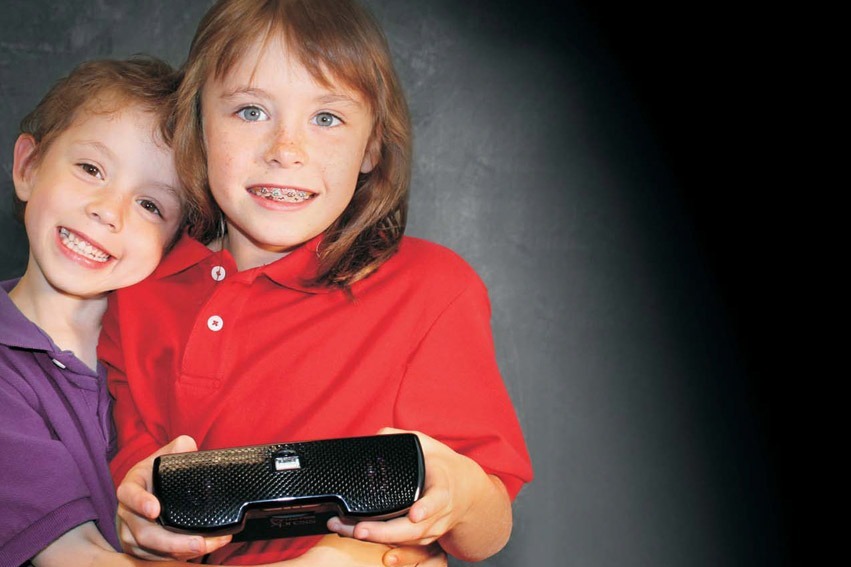 DynaVox Mayer-Johnson is dedicated to helping individuals and families who need alternatives to gain,or regain, the power of speech. DynaVox believes that individuals challenged by significant speech disabilities can make meaningful connections with the world – and with those who care for them.

DynaVox Mayer-Johnson was founded in 1983 to bring the gift of communication to individuals who were unable to speak due to a variety of conditions. The first product, the EyeTyper, was a tool that allowed individuals to vocalize by composing and speaking messages using their eyes. In the succeeding decades, DynaVox has extended their communications technology and adapted it for specific situations.

DynaVox’s core technology, refined in dozens of products used by tens of thousands of people worldwide, is based on a clear understanding of an individual user’s needs. People can find speech challenging for various reasons, and people of different ages have different requirements. 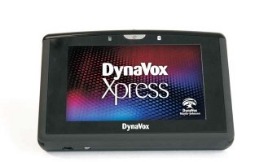 For example, an adult with autism may have only the most basic understanding of communication while an adult with ALS may have cognitive ability to be highly verbal and communicative, but lacks the simple muscle control to move lips and vocal cords to form words. An adult with aphasia resulting from a stroke or brain injury may be able to speak words, but not in the appropriate sequence or context for the communication to be functional.

Strong yet sleek, the DynaVox Xpress™ is ready to go out into the world with the user.

DynaVox Mayer-Johnson approaches the problem according to a matrix called the InterAACT™ Framework. One axis differentiates communication ability into Emergent, Context Dependent and Independent Communicator. The other axis is typified by the age-appropriate vocabulary and needs of the individual. This matrix spans more than 30,000 communication pages, each of which link some form of visual input (such as an icon or text) to some form of speech output. Also, there is additional logic to allow assembly of words and images into complete sentences and thoughts. The DynaVox Xpress brings the power of the InterAACT Framework out to serve more people in more places.

DynaVox Mayer-Johnson had perfected its core technology over many years; the challenge now was to make it more accessible to more people, through smaller size and enhanced ergonomics. Tablet-sized devices are too large to be carried and used by an ambulatory user, and they may draw unwanted attention to the user. It turned out that shrinking the device to pocket or purse size was more than a mechanical effort.

In addition, DynaVox wanted to integrate the latest projected capacitive touch screen technology, which is lighter, thinner, and provides much more scratch resistance than the resistive touchscreens used in most other communication devices. This technology, in addition to never needing calibration, also responds to an extremely light touch, enabling a gestural interface. DynaVox wanted to ruggedize the device as well, since a user on the go might drop it, or perhaps a child with autism might throw it. Because of this, the device needed to operate using Flash storage instead of a hard disk. 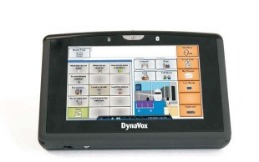 DynaVox wanted the Xpress to move forward and incorporate more media technology, like MP3 playback and video which could be used for training as well as entertainment. To assist in mainstreaming, DynaVox wanted the Xpress to have a wide choice of ‘voices’ to let users pick their personality, and indeed to work in many languages. The DynaVox Xpress needed to be internet-enabled, to allow an augmented communicator to quickly access new vocabulary and symbols from the web and to allow maintenance and updates over the internet.

Technology to meet the challenge

To accomplish these goals, DynaVox Mayer-Johnson knew they needed to create both a new hardware platform and a new software platform to take advantage of the new technology. The first decision that DynaVox made was to choose an operating system for the Xpress. While they considered Linux, and other operating systems, they eventually chose Windows Embedded Standard 2009. This choice offers many advantages including access to the widest selection and highest quality text-to-speech voices in many languages. It provides a familiar, robust development environment. It also offers the scalability necessary to custom-tune the size of the operating system to meet DynaVox’s goal of using smaller, Flashbased storage instead of a hard disk.

Early in the design cycle for the Xpress, DynaVox selected the Intel Atom processor, even before production silicon was available. The reason for the choice was the revolutionary claims for a combination of low power operation and good performance, plus support for the Windows Embedded Standard 2009 operating system. Bob Cunningham, Chief Technical Officer of DynaVox Mayer-Johnson explains: “We had used Intel processors with our V family of products, and they always met specifications. So we were confident that Intel could rise to the challenge and meet the performance targets for Atom - they did.”

To put the platform together, DynaVox Mayer-Johnson chose Eurotech, based in Columbia, Maryland. Eurotech is both an associate member of the Intel Embedded and Communication Alliance (ECA) and a Microsoft Embedded Gold partner. “We evaluated several Atom-based single board computers,” said Bob Cunningham of DynaVox. “We found Eurotech had the best specs, met them, and offered a competitive price. Eurotech was also willing to work with us to customize their BIOS and other supporting software, an important concern for a smaller company like DynaVox. Their support has been excellent.” While DynaVox could have integrated the Intel Atom technology at the chip level, a cost analysis made it evident they were better off using a packaged Computer on Module like the Eurotech Catalyst Module and focusing their own design efforts on their device-specific carrier board and basic application/software technology. This modular approach also offers DynaVox an easier path to upgrading their products as technology evolves, needing only to incorporate the next-generation module from Eurotech, rather than redesigning boards themselves. 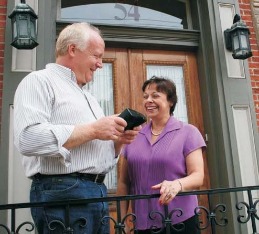 The project ran smoothly and the Xpress was introduced to the market in August of 2009. The new system is well received by users and is funded by Medicare, Medicaid, and private insurance. DynaVox Mayer-Johnson has a network of over 110 sales consultants to assist families and professionals with the process of selecting and supporting a communication device. DynaVox also staffs the industry’s largest funding department, which processes insurance claims for its customers. 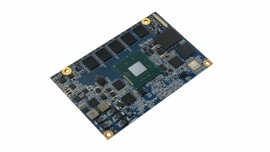 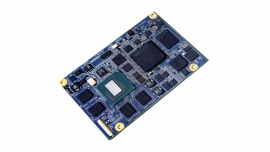